The Company They Kept 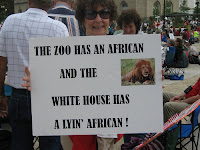 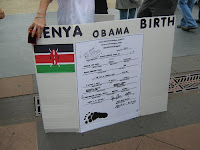 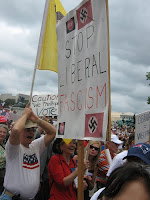 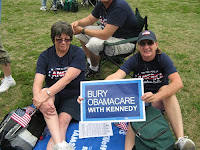 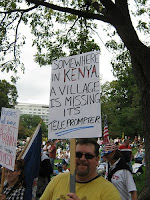 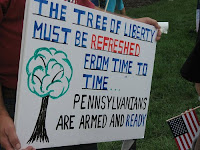 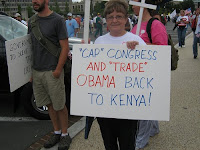 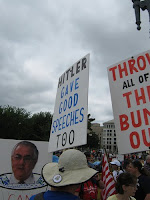 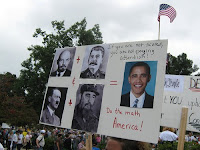 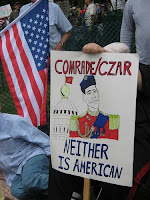 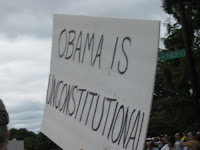 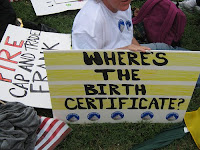 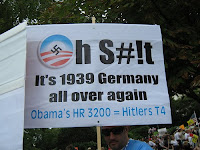 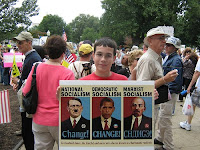 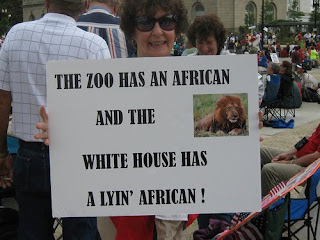 I am willing to believe that not all of the 50,000 or so people who took part in the 9/12 March on Washington are evil.  Even the majority of them might have had legitimate issues and disagreements with the government.  They certainly had the right to petition their government for redress when they disagree with those representatives.  Still, as my mama used to tell me:  "If you lay down with dogs, you get up with fleas!" and "Birds of a feather, flock together

As you can see, the dogs and birds are racists.  They were smiling and proud of their signs  Which just proves that racists can smile.  To call them anything else is to deny the way they presented themselves.  They might as well have been wearing white hoods and carrying burning crosses

Those who disagree with a Democratic party majority or who are fearful of a ballooning debt or who have issue with the details of healthcare reform, may be perfectly wonderful human beings.  They might want to rethink their associations and method of protesting issues rather than scratching and flocking.

All I have to say to the sign carriers is:  FLOCK YOU!
Posted by Durward Discussion at 8:56 AM

Good for you, Jamie! These people lack the intelligence to make a rational argument - all they have is racist remarks.

A nice representative collection of the ignorance that permeates the right. Sometimes I wish being "stupid" hurt then maybe we would see less of it.

I so agree.
People demand freedom of speech to make up for the freedom of thought which they avoid.
- Soren Aabye Kierkegaard (1813-1855)