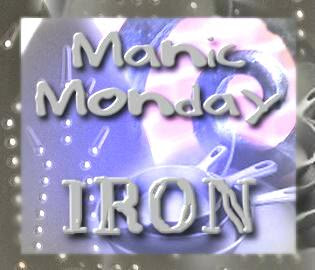 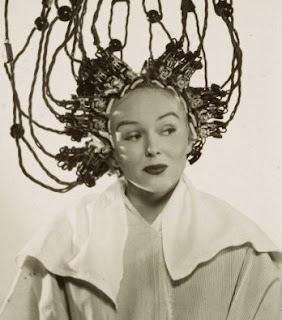 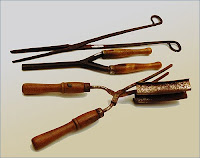 If you have hair, there is a good chance that you don't like it. If it is curly, you want it straight. If it is straight, you want it curly. If you are a brunette, you want to be a blond, and if you are a blond, you want dark, exotic tresses. Whole aisles of supermarkets and department stores are devoted to potions, lotions, and equipment to allow you to blow, dye, twist, perm, straighten, clean and rinse.

Back in the earliest days of my childhood, I remember two instruments of torture. One for perming and another for curling. The first as shown above was an electrical system to provide heat to hair treated with solution and being fried into curls. The second were curling irons that were heated on the stove and applied to straight hair to make ringlets. If you think brushing through tangles made a child scream, you should have heard the bellows when the curling iron was too hot.

One of the most interesting historical sites on the web is the Marine Maritime Museum This link will take you to some of the exhibits about hair and the irons, hair products, and souvenirs from around the world that were used or brought home by the men on the great sailing ships.

Two Are Last & Two Are First 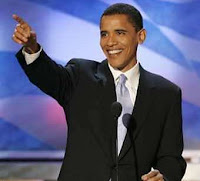 When I was born, the American flag had 48 stars. This condition continued until 1959 when the admission of Alaska and then Hawaii gave us the 50 star flag we know today. You had to have been alive then to know the political upheaval that surrounded the entrance of these two states. Alaska was considered a Republican state with a principally white population. Hawaii was considered a Democratic state with a multi-racial composition because the friendliness of the native Hawaiians that had greeted waves of haoli, Chinese, Filipino, Portuguese, and Japanese not to mention the WW II era when it became the crossroads of the world.

The US was just starting to feel the first real stirrings of a swelling civil rights movement and the entry of Alaska and Hawaii became a focal point of many of the issues. To this day I remember an unbelievably racist editorial cartoon about the admission of Alaska and Hawaii showing a white woman in a flowing white gown hand in hand with a gorilla like character dressed in a muu muu and wearing a lei. It wasn't some throw away piece of junk from some fringe group but an editorial cartoon widely seen in many newspapers.

In a world of suburbia stay at home moms wearing pearls and high heels while trying to create normalcy after the upheaval or WW II, there was the murmur of "women's liberation" just starting to whisper somewhere in the background of "Father Knows Best". Women were looking out towards the world, knowing they wanted a piece of the action.

This year, no matter what happens in November, in January someone will be sworn in to one of the two top positions in the land who have never lived under anything but a 50 star flag. Barack Obama was born in Hawaii the year I graduated from high school. Sarah Palin was born in Alaska the year my daughter was born. Each in their own way embodies the changes in our country since 1959. While he may be first, no one thinks that being black in any way disqualifies Barack Obama from serving as President. While she might be the first woman in the job, no one thinks that being female is a reason for Sarah Palin to be barred from being VP.

So this November is a time of lasts and firsts. It is a changeover from one generation to another, a dramatic image of the move from one way of thinking to another. Alaska and Hawaii may have been the last two states admitted to the union. Barack Obama of Hawaii or Sarah Palin of Alaska may be the first of African heritage or the first with a feminine gender elected to be President or Vice President. However you vote, you know that there have been positive changes in the history of our country since 1959. So let us celebrate a country that can improve itself and a new day when the two that are first come from the two that were last.
Posted by Durward Discussion at 8:47 AM 5 comments:

Family business sending me south for a few weeks and away from my blogging materials. I'll pop in to comment when I can get near the daughters equipment. Enjoy August.
Posted by Durward Discussion at 10:53 AM 10 comments: 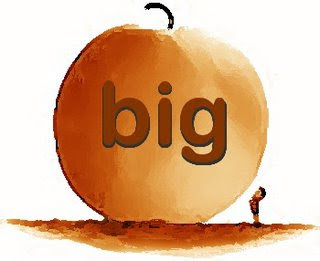 A really fast Manic Monday. Mo has made this Monday's word as "BIG". As it happens, I was watching the Benny Goodman Story which starred one of my favorite and unfortunately least known by younger folks: Steve Allen.

Allen was a brilliant and talented man who wrote books, wrote music, hosted the Tonight SHow before Johnny Carson, and gave a head start to some of the major stars of the last half century.

So what does this have to do with "BIG". Steve Allen's composition and theme song was: This Could Be The Start of Something Big.

Email ThisBlogThis!Share to TwitterShare to FacebookShare to Pinterest
Durward Discussion,History,Politics Start of Something Big

I am more than humbled. Her Majesty, Queen Mimi of the Pencil skirt and ruler of all she surveys from the throne room of Blogginham Castle has bestowed upon me the title of "FRIEND" with the friendship award.

The least I could do is sing a song in her honor: 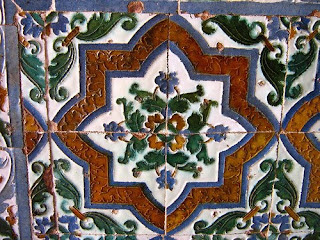 Here I am trying to get prepared and packed and the memes come out of the woodwork. Well a royal decree from Queen Mimi at Bloggingham Castle cannot be ignored. I don't have time for the dungeon. So I must trudge out on google to search for what I need.

The rules: All you have to do is Google your first name with the word needs behind it and post the results. Don't forget to tag tag tag (if you are the tagging sort)!

If I use my real name of Janet and google "Janet needs", I discover a previously unknown desire for 500 decorative tiles. Isn't that nice ... a whole bunch of ceramics littering the place. Now if they want to throw in a trip to The Alhambra, I could chip away at some souvenirs, but the Spanish government might have a bigger dungeon than Queen Mimi.

So I'll use my nickname to find out what "Jamie needs" ... I simply can't write anything funnier than the first two entries:

We now know that Google knows everything about everybody.

As for tagging: All who want to give it a try feel free to steal, but out of pure curiosity, I want to know what is needed by

Shelly of This Eclectic Life
Linda of Are We There Yet? and
Mary of Work of the Poet

Posted by Durward Discussion at 7:37 AM 6 comments: