I decided to open up an old blog to see if anyone liked it better this time around.  The premise of "Take This Tune" is that I will post a song and lyric and invite people to tell me a story that is stimulated by either the music or the lyric.  This week it is "Feels Like Home" from Randy Newman's musical "Faust".  You can hear and see the prompt on the above link.

My reason for the choice is that I have been working on the genealogy again and the one person I'm having a lot of trouble with is me.  You see I don't have a "home town".  In fact, many of the houses where I lived have been wiped off the face of the earth and replaced by airports, business districts, parks and schools.  The 1940 census was just released and is currently being indexed.  This was before I arrived.  The 1950 won't be out until I am almost 80 and I may or may not make it to the 1960.  That means finding all these places will be from memory, city directories, and Google maps.  So let's just take the first 18 years of - Feels Like Home (Not) and you can see why this particular song stirs a few emotions.

Now all of the above is a list of cities lived in (that I can easily remember) from the day I was born until the first year I was married.  It does not include summer side trips and temporary stays of a month or so.  Each city  represents a different house and in some cases multiple houses in the same city as there were repeats in some of these towns.  Almost none of it was with parents, so while not ill treated, there was always the feeling of being a "guest".

2725 W. Vernon, Los Angeles (The apartments are over the businesses) Where the parents lived when I was born. 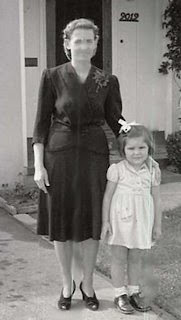 9012 Earhart, Westchester, CA is now a park on the edge of LAX 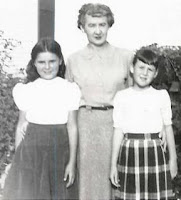 216 Sonoma, Chowchilla is still there, but there isn't a picture 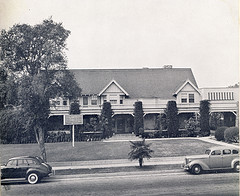 841 M Street, Fresno, CA used to have an apartment

The next ten years are a rather fuzzy mess and I'm still searching for addresses and pictures.

1126 Broadway, Burlingame, Ca - Up the stairs to the second floor where I lived when my son was born almost 19 years after the first picture.

Every week when playing the "what if" game with the lottery draw, the idea of buying a home flickers across the brain.  The only thing I need now is a place that feels like home.

Posted by Durward Discussion at 12:01 AM No comments: 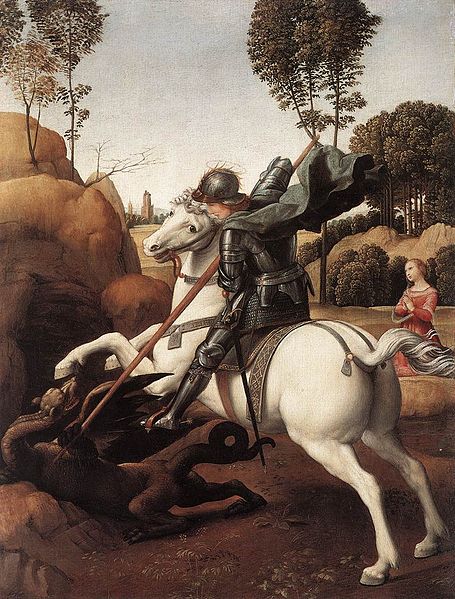 "I see you stand like greyhounds in the slips, Straining upon the start. The game's afoot: Follow your spirit; and, upon this charge Cry "God for Harry! England and Saint George!"


Posted by Durward Discussion at 5:41 AM No comments:

A Message from Jefferson & Smith

“I don’t know what the Founding Fathers and President Thomas Jefferson would have thought about TV, cars, spaceships, cellphones, skyscrapers, computers or nuclear weapons. But I do know what Jefferson would have thought about the Buffett Rule. He would have liked it.
The Buffett Rule is the Obama Administration’s proposal to adopt a 30% minimum tax rate on personal income above $1 million a year. It would promote one of the central tenets of progressivism: that the burden of taxes should fall on the rich, not the poor.
In 1811, two years after Jefferson left the Presidency, Jefferson wrote a letter to General Thaddeus Kosciuszko, a hero of the American Revolution. Jefferson said that he supported taxes (then tariffs, since there was no income tax yet) falling entirely on the wealthy. As Jefferson explained: “The farmer will see his government supported, his children educated, and the face of this country made a paradise by the contributions of the rich alone, without his being called on to spend a cent from his earnings.”
Here is someone else who was an outspoken proponent of progressive taxation: Adam Smith, who literally “wrote the book” on capitalism. In 1776, in The Wealth of Nations, Smith wrote:
“The necessaries of life occasion the great expense of the poor. They find it difficult to get food, and the greater part of their little revenue is spent in getting it. The luxuries and vanities of life occasion the principal expense of the rich, and a magnificent house embellishes and sets off to the best advantage all the other luxuries and vanities which they possess. A tax upon house-rents, therefore, would in general fall heaviest upon the rich; and in this sort of inequality there would not, perhaps, be anything unreasonable. It is not very unreasonable that the rich should contribute to the public expense, not only in proportion to their revenue, but something more than in that proportion.”
(I wonder: When Adam Smith wrote about the “luxuries and vanities” of the rich, was he contemplating Mitt Romney’s elevator for Romney’s car? Or is that simply beyond contemplation?)
Two hundred years ago, when America was founded, progressive taxation was viewed as just common sense. We still have common sense, don’t we?
First, let’s see the Buffett Rule for individuals. Then the Buffett Rule for corporations. That would be progressive. And that would be progress."

Posted by Durward Discussion at 7:20 PM No comments: 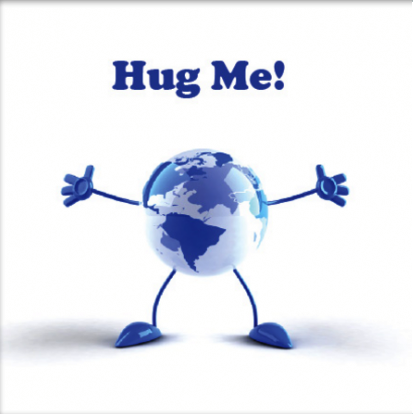 Posted by Durward Discussion at 1:04 PM No comments:

All You Need To Know 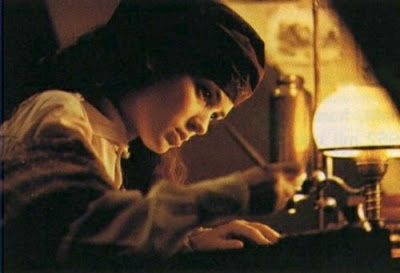 Plus Little Men, Jo's Boys, Eight Cousins, and Rose In Bloom. Alcott may have written in the 1800s, but the messages are just as good in today's world.
Posted by Durward Discussion at 7:42 AM No comments: 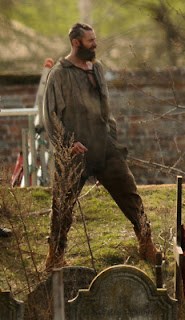 Posted by Durward Discussion at 8:58 PM No comments: 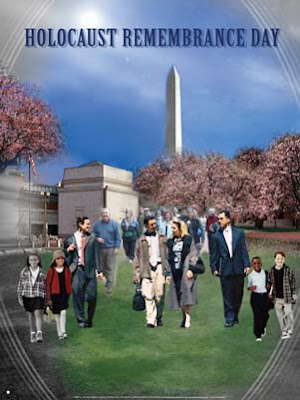 This week has been designated as Days of Remembrance to surround Yom Hashoah. For those not familiar with this Jewish holiday, it is the day set aside every year to remember those who were lost in the Holocaust. So how, do you make something good come out of something so horrible?

This year the 2012 theme is
"Choosing To Act: Stories of Rescue"

“As for man, his days are as grass: as a flower of the field, so he flourishth…for the wind passeth over it and it is gone.”
--Psalm 103

The voices of the survivors and liberators will one day be silent, but their souls will be heard forever. Some of those liberators have never been honored as they deserve and for Kathleen Cowley it is a mission to bring a special honor to her father, Edward Cowley, and the other men of the U.S. Army 94th Infantry. The 94th liberated an area that held prisoners but was not designated after the war as one of "official" camps nor were they designated "liberators". There is no argument about this part of the story. Unfortunately, the designation for the 94th got caught up in Army and political rules and the designation fell through the cracks of officialdom until time ran out. You can read the story at the above link and in the letters below.

It will now take an Act of Congress to get these men named as "liberators" with a permanent place of honor in the National Holocaust Museum. Just the other day, Kathleen received a hopeful contact from the office of Senator Kennedy and this is her report on progress:

REQUEST FOR RECOGNITION OF THE 94TH INFANTRY DIVISION AS LIBERATORS.


I was finally able to get a hold of the military liaison I've been working with at Sen. Kennedy's office yesterday. She told me that the Congressional Research Center was not helpful and that they had hit a wall, as it is unchartered territory for them and not sure how best to proceed from here. So one of the aides in the office is to make this his sole priority for the next few days. Although as a matter of procedure they do not send people to the media, she told me that if CBS Sunday Morning News (she did seem to think this is their sort of story) were to contact them they would be very happy to speak with them. She feels this is an important "feel good" story that should be told and national interest would of course help this all along. It had previously been gently requested to wait and see what Sen. Kennedy could do so that he would be the one to present the case of the 94th before Congress. Yesterday she pointed out that Sen. Kennedy's time to put forth legislation is limited now but that this is very important, and if it comes to it in the near future, it might require an Act of Congress which they are willing to do but will be more helpful in that instance to contact other politicians willing to expend the time necessary. What I got from all this was to please pursue the media now and then we'll see where that takes it.

So...... Her next step is to pound on the doors of the media and other political offices to get them to tell a feel good story about her father and the other men of the 94th somewhere in the middle of all the latest doom and gloom. As she says, "If it weren't for the brave soldiers of the 94th ( who helped save the world) and my dear Da that I adore and whose time in this realm is so precious, I wouldn't be comfortable to ask, but there is so little time for their stories to be heard." So the pounding continues until someone important wakes up and tells the tale and Congress gives these men the place of honor they deserve.

If you have any contacts out there in the great world of media or politics, a little assist in the pounding on doors would be deeply appreciated before the winds of time carry these men away from the chance of earthly honors. What you do matters. Please see below the letters to Senator Kennedy's office that started this campaign.

For those who would like to know more about Yom Hashoah, you can visit the United States Holocaust Memorial Museum as a permanent living memorial to the victims. This year Holocaust Remembrance Day is Tuesday, April 21. You can read the full observance with video and the Presidential address. Take the time to read some of the stories collected at the National Holocaust Museum website. They include those of the families who lost members, those who were saved, and the memories of the men who liberated the camps. 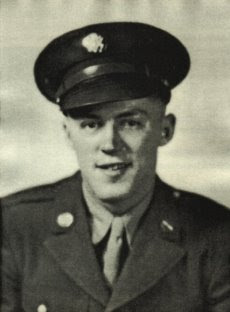 The Campaign to attain Liberator status for the 94th Infantry has its own blog.
Posted by Durward Discussion at 6:08 AM 9 comments:

How Long Until December 14?

Film shot of the set for the filming of Les Miserables 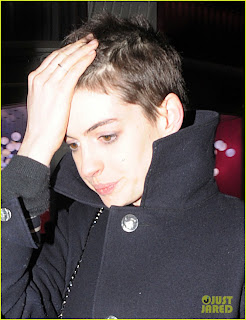 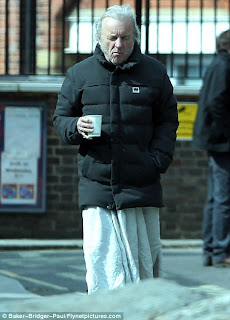 Colm Wilkinson as the Bishop 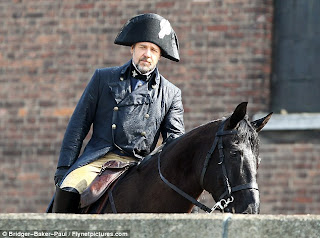 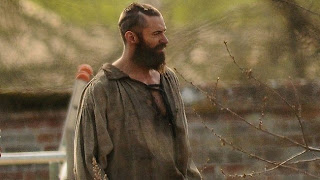 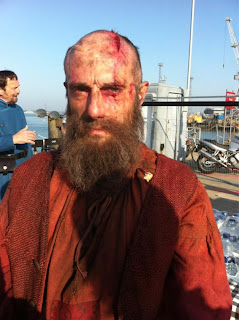 Talk about one day at a time ... but Eight Months of One Day More.  At least there is music to hear until then:  One Day More with the 100th anniversary stage performance:

Posted by Durward Discussion at 9:15 AM No comments:

Posted by Durward Discussion at 7:48 AM No comments: