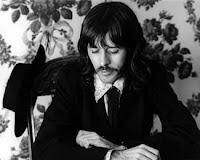 
Chaplin's Mother was Hannah Chaplin who was caught having an affair that resulted in birth of a son fathered by another Music Hall singer Leo Dryden. Leo and Hannah's son was named George Wheeler Dryden, better known as Wheeler Dryden.

Leo Dryden took his son to India to live and work. Wheeler learned about his mother Hannah and her relationship with his father. He also learned of his famous half brothers Charlie and Sydney Chaplin . Wheeler married Alice Chapple. They had one son in 1938. The family moved to Los Angeles, where Wheeler worked at Chaplin Studios during the ‘40's and early ‘50's. He was an assistant director for ‘The Great Dictator’ and ‘Monsieur Verdoux’. The studio created a magical 'playground' for his young son, Spencer Dryden.

‘Limelight', the last film Chaplin made in America, was a real family affair featuring Charlie’s own three young children by Oona, his two oldest sons from his marriage to Lita Grey and his brother, Wheeler Dryden.

Wheeler's son, Spencer Dryden, became famous in his own right in San Francisco where he joined the newly formed Jefferson Airplane as their drummer. Jefferson Airplane became a rock legend during the 1960's to 1970. Spencer was with them throughout their 'rock and rocky' glory years, before leaving in 1970. He continued with different bands well into the ‘80's. In 1996, Spencer was inducted into the Rock and Roll Hall of Fame. In the years that followed, he battled serious health problems eventually dying from cancer at the age of 66, in January of 2005.

Posted by Durward Discussion at 2:50 PM

Wow! It really is a small world sometimes, isn't it?!? Great job on this - as always! I curtsy in your general direction!

As always, your detective skills amaze me. Sometimes, when you start tracking something down, you remind me of a terrier with a sock. You just keep shaking it until you are done.

Wonderful, and interesting tale you have told!

Hope your back is better!