As has been stated frequently on this blog, I suffer from a little uncontrolable mania. Once I get on the trail of a bit of trivia, it is almost impossible for me to stop as I rage through curioser and curioser. If I were a feline, all nine lives would have been exhausted while still a kitten. When you add in the internet and the miracle of Google ... well, it is sad I tell you ... sad.

It happened again yesterday and all because I never knew that Charlie Chaplin had two brothers. I knew he had one brother who worked with him, but even that info was a little sketchy. I knew that his last wife, Oona, was the daughter of Eugene O'Neill and that his daughter, Geraldine Chapman, played her own grandmother in the movie Chaplin. There was one member of his family that was a complete unknown.

So here is your trivia challenge. In only three jumps, get from Charlie Chaplin to a famous rock group and an induction in the Rock and Roll Hall of Fame.

It's not much, but the only hint you will get for awhile: 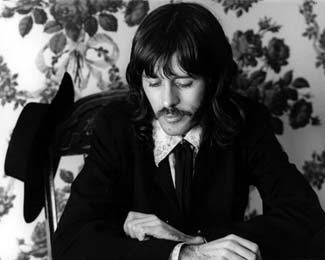 Posted by Durward Discussion at 12:32 PM

Charlie's parents were Charles, Sr and Hannah. Hannah brought a son, Spencer, into the marriage. The marriage ended when Hannah had an affair with Leo Dryden. This affair produced another son, Wheeler Dryden - half brother to Charlie. Wheeler never had much communication with Charlie until later in life. However, Wheeler procreated a son, Spencer Dryden. Spencer in turn became the drummer for the group Jefferson Airplane and in 1996 was inducted into the Rock and Roll Hall of Fame. So I am thinking that this made Spencer, Charlie Chaplin's half nephew?? :o)

oops... I forgot to mention that "our" Charlie Chaplin was born during the marriage of Charles, Sr. to Hannah...

There used to be a website that dealt with the six degrees of kevin bacon...some university's math or statistics department.

I was hoping the mystery would last a little longer. :-) Full details up later. Obviously I'm going to have to get harder mysteries.

Sorry Jamie... I was REALLY bored last night. The boys were watching their that new show on A&E about US Marshalls...

I've always found the degrees of separation simply because most people don't believe it. This one was a simple one since it involved the same family. I suppose I could have written it up as: Connect Charlie Chaplin to one of Grace Slick's lovers. :-)

I think the six degrees is fascinating. It's a bit like that professional network called LinkedIn. As you build your contacts, through their contacts you can suddenly be "connected" to thousands of people, and on and on and on.