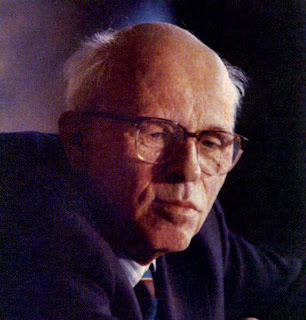 In the run up to the Blogblast for Peace, I'll do some short pieces on the men and women who have won the Nobel peace prize.  Today's is the winner in 1975 - Andrei Dmitriyevich Sakharov.

In 1975, he was the first Soviet to win the Nobel Peace Prize. After he denounced the 1979 Soviet invasion of Afghanistan, Soviet authorities were quick to respond, exiling him to Gorky. In December 1986, Sakharov's exile ended when Soviet leader Mikhail Gorbachev invited him to return to Moscow. He was subsequently elected to the Congress of People's Deputies as a democratic reformer. Sakharov died in 1989.
Posted by Durward Discussion at 1:04 PM

I remember when he was eziled it made the news,I'm glad that he won the prize.

What a great way to lead into the blog blast! Good on you.

This is an excellent idea.

I did not know you were doing this...I'm a little busy (!!!) and SOMEONE who shall remain nameless keeps sending me Hugh Jackman pictures in the mail.
After I view them I can't think for at least 3 hours. It's a curse!

(but a lovely one)