A Touch of Genius 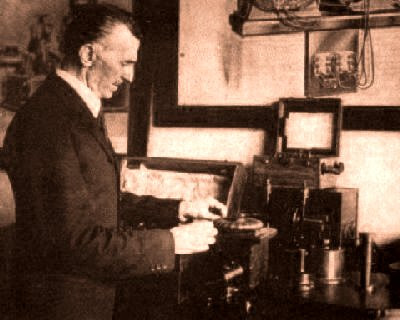 Tomorrow I get to go into the tube that hums LOUDLY, better known as having an MRI. Before anyone worries, it's nothing major just a follow up ... but I thought I would just check out the official description as follows (Isn't Wikipedia Grand?):

Magnetic resonance imaging (MRI), formerly referred to as magnetic resonance tomography (MRT) and, in scientific circles, nuclear magnetic resonance imaging (NMRI) or NMR zeugmatography imaging, is a non invasive method used to render images of the inside of an object. It is primarily used in medical imaging to demonstrate pathological or other physiological alterations of living tissues. The scanners used in medicine have a typical magnetic field strength of 0.3 to 3 teslas. Construction costs approximately $1 million per tesla, and maintenance an additional several hundred thousand dollars per year.

What I noticed immediately was that this rather useful tube has a construction cost of $1 million per tesla, followed by a spark of recognition "Goodness are scientists still learning from ol' Niki's notebooks?" Last year was the 150th birthday of Nikola Tesla Most people only recognize the name if they have heard of the "Tesla Coil" and watched hair stand on end while touching one in science class. Then there are all those early Frankenstein films that just wouldn't have been as effective without all that bottled lightening and everyone was truly amazed with the "Eye of Sauron" in the Lord of the Rings trilogy. 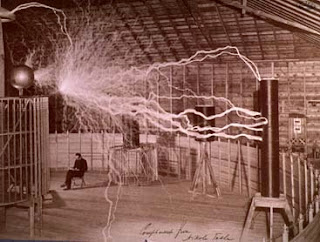 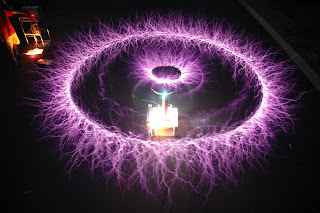 Because of inadequate financing, Tesla was never able to bring all of his ideas and creations to fruition, but fortunately for us, he did leave behind detailed notebooks, and we may be finding treasures there for a long time into the future. So let the sparks fly while scientists keep making magic happen with all the ideas that fell from Tesla's brain.

Posted by Durward Discussion at 1:13 PM

Good luck, Jamie! I hope all is well.

Jamie those are amazing photos!!!! I hope everything is OK after the MRI. Prevention is the best cure.

Best Wishes to you Jamie.