Anyplace I Hang My Hat 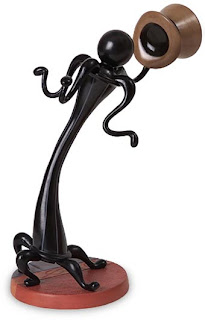 This week's "Take This Tune" is about love of place:  Home towns or home countries, or simply where you feel at home.  Unfortunately, I have never had any of those things.  I suppose if I had to nail it down it would be Earth and then I run into Scotland or United States.  Well dad may have owed loyalty to Scotland and Mom US, and I do acknowledge both on the fringes of patriotism, but without any sense of "My Country".   I was born in California so that means U.S. attachment but where?  It was Los Angeles but an immediate transition to other California cities, Nevada and Washington.  Okay WW II is over and we will now settle down to Fresno, Westchester, Phoenix, Albuquerque .... parents split and we have Pasadena, Hawthorne, Anaheim,  La Puente, Hollywood, blah blah blah - 21 schools in 12 years and more states and houses than I choose to remember.

Now even military brats at least have the continuity of family, my experience was even more disjointed with multiple aunts, uncles, step parents, friends and understanding collections of people. Even with my nine year marriage, it was three different "somewheres" that I was taken, not ones I chose.  Without going into details, "home" and "pair bonding" are not conceptions that come easily.  These days they are not even ones I enjoy except as an idea of something I should, possibly, want.

Many, many moons later a delightful piano player gifted me with "walk on music" after he had been put through helping me move several times.  Now if you are unfamiliar with the term "walk on", think Gene Kelly (does your brain play the vamp leading to "Singing In The Rain"?) or Bob Hope (do your grey cells start playing "Thanks for the Memories?   Whenever you know a performer and "their song" plays before they enter ... that is Walk on Music. This delightful man decided to greet me wherever he was playing with this song because he knew that necessity had become a state of mind.  So thanks to him when I think of myself, I think of the "ME" in this song.

All of the above may explain why my favorite bible verse has always been the promise of Ruth, the original "stranger in a strange land" because I was seeking a home:  "Whither thou goest I will go. Wither thou lodgest I will lodge. Thy people will be my people. Thy God shall be my God. Where thou diest will I die and there will I be buried. Let not but death part thee and me." It was a major surprise to learn that when I decided to convert to Judaism that the "Promise of Ruth" is the promise made on the Bema by all converts to the religion.  Still this wasn't a "home", only a state of mind.  So there it is 1981. A wonderful man has given me a song. A religion has given me a place to be and they both add up to HOME. Now all I need is another human male to "Feel Like Home"  So far, no luck, but one takes what one can get and someday, I may have a "homecoming".

Email ThisBlogThis!Share to TwitterShare to FacebookShare to Pinterest
Durward Discussion,History,Politics Anyplace I Hang My Hat Is Home, Feels Like Home, Take This Tune

Papa was a Rolling Stone, where ever he laid his hat was HOME, and when he died all he left us was alone :)

For those of us who have wandered either through being raised as an Air Force brat or being raised along a good part of the West Coast like yourself due to circumstances way beyond your control, it's definitely hard to find a place that we can definitively call "Home". Thankfully a sense of home hasn't alluded you completely and who knows? That other homecoming may still always be possible right when you least expect it!

And I thought I moved around a lot. LOL!

Jamie, what a great story! I'm learning mrie and more about you and liking you more and more... I hope you do find another human male to celebrate homecoming with. :)

I haven't lived much farther than 90 miles from the hospital where I was born. Wanderlust is within me, and a desire to live in other places ... but I don't envy all of your moves!

As for that human male? Don't look, and he might just appear :-)