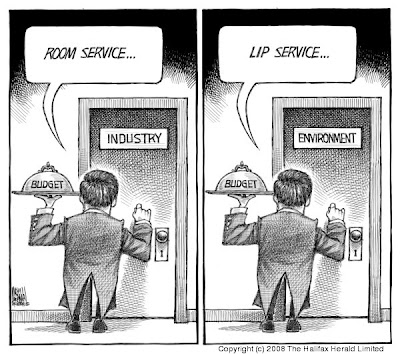 Found the following on one of my favorite political websites.  It was written by a brilliant man named Nash who makes no bones about being from the left of the spectrum, but given the actions of the far right these days, it is a perfectly understandable, if forceful, reaction:
"It's truly amazing to watch the USA go from a position of total global dominance in 1989, with the fall of the Soviet empire, to the floundering, dying mess we see today.  Our economy is in shambles. We don't really manufacture anything anymore, we just run Wall Street Ponzi schemes.  Our public education system, once the marvel of the world, is decaying due to lack of funding, and yet, even as it fails, it's very existence is under relentless attack by extreme conservative ideologues who want to replace it with a dubious combination of for-profit schools, religious schools, and home schooling. We are rapidly becoming one of the most enthusiastically ignorant countries in the world. We EMBRACE stupidity.  In 20 years, most of us will be working for the Chinese.  And who did this to us? We did it to ourselves.
We have fallen in love with the simple-minded right-wing fantasies peddled by Reagan and all his followers:
* we don't need to pay taxes
* government is evil
* environmentalism is silly
* businesses should be allowed to do anything they want
* poor people are scum
* high school sports are more important than education
* unions harm the economy
* war, any war, is good.
Obama is a perfect example of this. He Challenges NONE of the basic principles of conservative ideology. He only advocates a somewhat less extreme variation of the basic plan. He offers NO alternative.  There are people out there who have other ideas, but the MSM effectively filters them out. Anyone who fundamentally questions the almost universally accepted right wing agenda is ignored, or presented as "unelectable."  (i.e. Bernie Sanders)
Optimists like to believe that the USA is the "greatest country on Earth," that we have "survived world wars, depressions, etc." They want to believe that "things will correct themselves." Another line I hear is that "The American people are fundamentally good and will do the right thing. Democracy works." Chris Matthews, for example, clings to this belief.  I don't think so. History is full of examples of great nations that have destroyed themselves through their inability to detect and solve basic problems. Fatal arrogance and rigidity are quite common.  I have come now to believe that the USA is a doomed empire. The Chinese know this. This is the century of their climb to dominance, as we fall by the wayside.
When you look at the parade of morons who now run what's left of our government, the only question to ask is, how quickly will it take for total collapse to occur?  I suspect our society is going to fall apart much faster than most people can imagine.  Sorry to be so long-winded but I just can't believe what I see, I just get so OUTRAGED that people can make such bad choices, politically."
Posted by Durward Discussion at 5:37 AM

As I read this I found myself continuously nodding my head in agreement. This country has gone so far down the tubes from what it used to be and it's just sad, sad, sad to watch.

Is there an answer though? And if there is, will anyone listen to it?

Want to move to Scotland with me?!?

And yet I'm not ready to give up.