This was going to be my "Manic Monday" post to go with Memorial Day but I opted for a little fun as I was waiting on military photos that didn't arrive in time. For those with family members in harms way, may they all return safely, 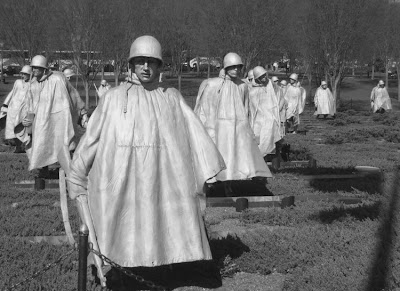 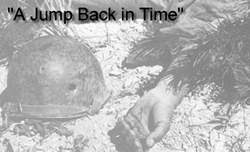 June 25, 1950 the 38th Parallel marked the beginning of a war that was to be like no other. Many years have passed since the end of the Chosin Reservoir Campaign in North Korea. The American public has all but forgotten the violence and valor that took place there at the fighting man's level. The fiftieth anniversary of the Korean War gives both the armed forces and the nation an opportunity to honor those veterans who served in that bitter war. The battle continues along the present demilitarized zone. The location of this line largely above the 38th Parallel is historic evidence that in Korea, aggression did not pay. In Korea the American soldier with his Korean and United Nations allies fought with bravery and skill against his communist foes.

"First Lieutenant Raymond C. Denchfield, 0-58879, Infantry, United States Army, while a member of Company A, 32nd Infantry, distinguished himself by heroic action near Seoul, Korea, on 25 September, 1950. On this date, Lieutenant Denchfield noticed that a small group of men from his company were trapped behind a stone wall and that most of their leaders were killed or wounded. Realizing the seriousness of the situation, Lieutenant Denchfield gathered, organized, and led a group of all the men in the immediate area in an attack against the enemy's positions. Although wounded and in great pain, he continued to bring harassing fire against the enemy's position until he was force to withdraw. Lieutenant Denchfield's fearless leadership and heroic action on this occasion reflect great credit on himself and the military service. Entered the military from the State of Colorado."

First Lieutenant Denchfield was awarded the Purple Heart posthumously. Previously he had been awarded 1 Purple Heart and 1 Bronze Star .

He was promoted to Captain, posthumously.

Previous to his service in Korea, Lt. Denchfield was awarded the American Campaign Medal, the Europe/Africa/Middle East Campaign Medal, the World War II Victory Medal, and the Army Occupation Medal. He served the United States Army faithfully from June 11, 1940 to the date of his death at the Chosin Reservoir, Korea, on Nov. 30, 1950.

Quote from his brother's diary:

"Ray was simply the bravest man I have ever known"

To a Fallen Soldier

I was the baby born after your death,

So I never saw you--Never touched your face or hair,

Or felt your arms around me,

Or looked into your eyes,

Or heard your voice--

And yet, while we never had a conversation,

You spoke to me by your actions.

You spoke of courage,

For you pulled others out

When they were pinned.

You spoke of caring,

For you wrote my mother,

Even when you didn't get a letter.

You spoke of balance, for you planned,

Even in the agonizing pulse of battle.

You spoke of hope--

Even as you gave your life.

You are speaking to me now.

Posted by Durward Discussion at 8:14 AM

Another great history lesson. I really liked the poem. Sad, but so touching. Happy MM and Memorial day.

Unknown said...
This comment has been removed by the author.
8:50 PM

This story is about my Grandfather, whom I never met.