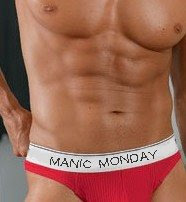 Mo of It's a Blog Eat Blog World has certainly produced a way for Under to be interesting with what is probably his best graphic ever for this week's Manic Monday word.

Under Capricorn (1949) is one of the few Alred Hitchcock movies that was not an overwhelming success and yet has become a classic because of the performances, direction, and unique camera work despite moving slower than a snail on sleeping pills. The basic plot is pure soap opera. The only way to give you an idea of just how soapy is to quote the Wiki entry

In 1831 Australia, Charles Adare (Wilding) arrives with his uncle, the new governor (Cecil Parker). Charles hopes to make his fortune in Sydney. He is befriended by Samson Flusky (Cotten), a prosperous ex-convict. Sam's wife, Lady Henrietta (Bergman), was a friend of Charles's sister in Ireland. Sam hopes that Charles will cheer up his wife, who is an alcoholic. Meanwhile the housekeeper, Milly (Leighton), secretly loves Sam, and encourages Henrietta's drinking. Sam has been sent to an Australian prison after he confessed to a killing actually committed by Henrietta, who followed Sam and waited for his release. Charles's efforts to rehabilitate Henrietta conflict with Milly's intentions. Eventually, Sam becomes jealous, and in a rage, accidentally shoots Charles. This time Hattie accepts the blame for the shooting.

Believe it or not, the real reason for the lack of success was the scandal of Ingrid Bergman's love affair with Roberto Rossellini for which she was not forgiven by Americans until the release of Anastasia. The other bit of trivia that everyone always wants to know about a film is where did Alfred Hitchcock make his cameo appearance? In Under Capricorn, he can be seen in the parade and then on the courthouse steps at the beginning of the movie.

So if you want to be underwhelmed (if you can be over you can be under) by a Hitchcock movie, this is the one to rent for its redeeming qualities. 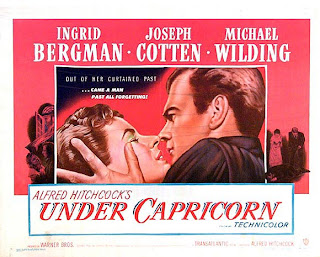 I don't believe that I've seen this one, although I'm not much for Hitchcock. I got lost in the second line of the plot!

However, if the underwear abs-man is in it, I may make an exception! I went to Captured by Gravity and saw the whole photo... good grief, those briefs!

Sorry, it posted before I was ready. Hate that!

I know, Jamie, if YouTube had had a video you would have placed it here. I don't know this AH thriller. It might be something I should rent...

They have an elephant painting in the DUMBO art festival for obvious reasons... DUMBO - elephants, get it? Ha!

I didn't know about that movie... WOW, how interesting.

I love that you love my "spur of the moment Sunday" graphic!

Did you see the "full" version of it at Captured By Gravity?

I've never seen it either, and I'm an avid Hitchcock fan.
I must see it!

I'm one of those indifferent Hitchcock fans. As such I haven't heard of this film. It does sound a little more melodrama than thriller.

Well, that certainly sounded extremely convoluted just from the Wiki description! Or should I say even more convoluted than your typical Hitchcock film?!!

Jamie ...
You've been tagged from my Zen Mischief Weblog to complete the Book Meme which appears there. :-)
Keith