Unaccustomed As I Am .. 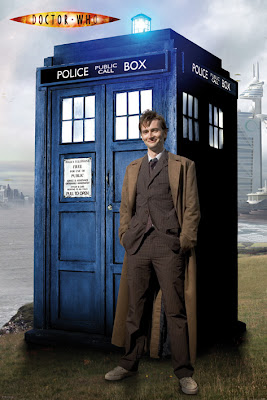 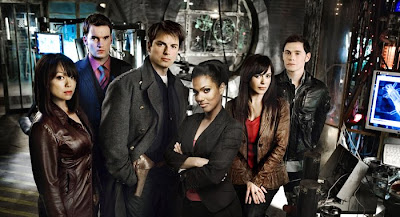 Jessica the Rock Chick over at Life Is Rantastic is very good at truly creative ranting. Her rants are a phenomenal expression of true angst over the events in life. While I do hold strong opinions, ranting just isn't a natural part of my personality, and I truly envy those who do it well.

HOWEVER!!! The BBC is messing with me and I don't like it!. You have to understand that I love British movies and television shows. I even pay extra to Comcast just to get BBC America in my station lineup because there are better shows with better acting there than on the network schedule. Now would someone explain to me why it takes two years or more for a show in the UK to show up on their US counterpart?

For the first time, I've found a reality show that I like: "Any Dream Will Do". It combines my love of theater with great singing voices as they try to cast the role of Joseph in a revival of Joseph and the Technicolor Dream Coat. It is a little like observing a hopped up version of a tryout cattle call and it is brutal to get down to the final 12 out of thousands of applicants. It has another great plus as it gives me another excuse to watch John Barrowman. Who cares if he's gay? I'm retired and that man is great scenery, has a wonderful voice and can act up a storm. Sorry, my imagination drifted off subject there.

Do not click on the link above if you are watching the show and want to be surprised about who won because someone already has. If you are watching and like me googled for additional information, you already know not only who won but that the revival has already taken place and the show is now closed and no longer playing in the West End theater district. What's more there are already videos of the contestants and an "official video" of the winner performing the TV show title song, Any Dream Will Do. Again, don't click if you don't want to know who won and played Joseph.

This is all part of a nefarious plot between BBC UK and BBC USA to make my life miserable. Right now I'm waiting for new seasons to Hotel Babylon, Robin Hood, Doctor Who, Torchwood, and Primeval among others. I've seen all of the Doctor Who episodes that have been released to North America. I've seen them and seen them again on BBC America, CBC (Canada), and Sci Fi channels. Torchwood is in reruns on BBC America. If you write BBC America and ask when these programs might show up, you get a nice form letter from someone named Stephanie thanking you for your interest in their shows. Stephanie is darn lucky she wasn't in the same room with me when I read that bit of twaddle.

Now the schedulers manage to get an American version of BBC News every night. Not once do they mention events from two years ago as if they were current events. Why can't they get the darn (expletive I was thinking deleted)shows on at the same time is beyond me or at the very least know when they might be expected. It's not as if they need to try them out first on the Brits to see if they go over in the US. There is absolutely no guarantee that a hit show in one place will be a hit show in another. Just look at the American remakes of Coupling and The Office. One a flop and one a hit here as an American remake. Viva Blackpool a BBC hit went completely down in flames as Viva Laughlin even with Hugh Jackman.

It's not like there could be an American version of the Doctor with David Tenant or Torchwood with John Barrowman. They are so decidedly British shows. Those of us who love the Beeb series with British actors deserve to see them at the same time as our compatriots across the pond. Why keep us in suspense? Is it some sort of revenge? Have they never truly forgiven us for being revolting? If they want New York back or something, we could talk ... Just send me my shows!!!!

In the meantime, John Barrowman singing "Anything Goes" may make me a shade less grouchy, but I doubt it.

Posted by Durward Discussion at 9:00 PM

Hey, if you practice at this ranting a little you can get better than Jessica...well, maybe not (nobody is better at a rant than that gal). I haven't seen the show in question, but I'm sorry that BBC is messing with you. Do you need me to talk to them for you?

I think I am to blame for getting Joseph on the air. I am a Barrowman fan and had started a letterwriting campaign to get more John Barrowman on our TV. Torchwood is fine but he does so much more than that. However all of a sudden they put on the "Any Dream Will Do" "The Making of Me" which aired the same night as the first epof ADWD and they did a rerun of Torchwood. Something you can do is join the John Barrowman fan club and on there are marvelous people who upload his programs off the UK TV for us and there have been some wonderful things like "The Sound Of Musicals" "How Do You Solve a Problem LIke Maria" "The Faonel Festival Concert". From the sound of you, you would love them. You can also find a lot of these things on YouTube.
JB's fansite, if your interested is:
http://groups.yahoo.com/group/BARROWMANONLINE/

If you would like to see him in person in Chicago:
http://www.space-debris.com/torchsong.htm

Artistwife. Not a problem. My rant is at BBC not Mr. Barrowman. I agree that he is a wonderful talent and deserves to be seen more in the US.

There was a US show on a couple of years ago to cast the leads in the latest update of the musical Grease on Broadway. I wasn't tremendously impressed with much of the talent they had. It was average at best...no major star discoveries.

But I do know what you mean about not being able to get the shows.