A Great Night For Singing 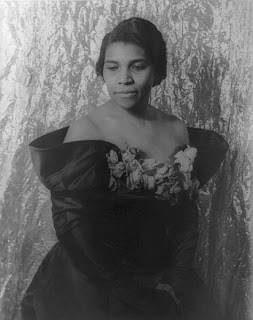 There must be something in the water on February 17, because it seems to be associated with a great deal of music. You name the genre and somebody connected with it was born, died, debuted, danced to it, or had a hit with it on February 17.

"Secret Love" from the movie, Calamity Jane by Doris Day became number one in 1954 as well as winning the Oscar for Best Song.

In 1962, The Beach Boys started making waves with the release of "Surfin'". Gene Chandler sort of mixed up his levels of nobility with "Duke of Earl" also in 1962, and in 1976, The Eagles were flying high with their "Greatest Hits" album.

Now all of the above is good listening and great fun, but this day had some major heavy hitters as well.

First up is Swan Lake, a ballet with music by Tchaikovsky, was first performed, in Russia in 1895, and there has probably not been a night since when those lovely ladies in the white tutus haven't flapped their way onto a stage somewhere.

In 1897, the great Marian Anderson was born. Her magnificent voice took her to the steps of the Lincoln Memorial and made a nation face the evils of racism. There is a short biography on line that is well worth your time to read.

QUOTE: [On prejudice]:
Sometimes, it's like a hair across your cheek. You can't see it, you can't find it with your fingers, but you keep brushing at it because the feel of it is irritating.
-- Marian Anderson

In 1982, the world lost Pianist Thelonious Monk, one of the pioneers of the bop (or bebop, if you prefer) movement in jazz, who died of a stroke in New York at the age of 64.

Finally, one of the pieces I listen to whenever the mood for an opera comes nudging for my attention. Madama Butterfly by Puccini debuted in 1904 and is absolute proof that just because something is a failure the first time, it doesn't mean you shouldn't keep trying. It has now been performed, copied, retold, reviled, and praised for 104 years. You might want to give a little bit of it a listen. 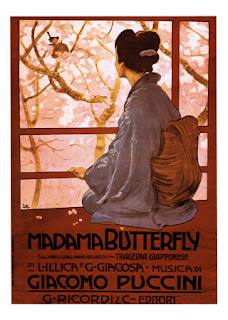 Posted by Durward Discussion at 3:17 PM

One of the world's most beautiful songs.

What a lovely post but I'm surprised you didn't title it "A Grand Night for Singing" in honor of Rodger and Hammerstein and all of their contributions to the music world. Hmmm, wonder if they did anything on February 17th?

One of the most beautiful and saddest!