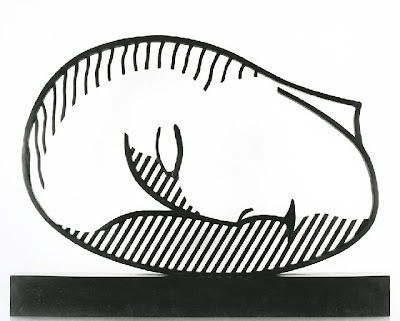 There are times when reality catches up with fancy. Writing has been dificult of late, a labor of duty rather than love. To reflect this I went to Google and being in a somewhat fanciful mood, I typed into the image search: "Sleeping Muse". The above image popped up and it turned out to be a creation I had never seen by an artist that I genuinely enjoy viewing ... sometimes with a great deal of bemusement (there's that muse again) ... Roy Lichtenstein

Now most people are familiar with his pop art creations with the seemingly simplistic comic book images such as "The Melody Haunts My Reverie", a work that fits with my love of music, and which is at the Housatonic Museum of Art in Connecticut (Okay Linda, go take pictures). 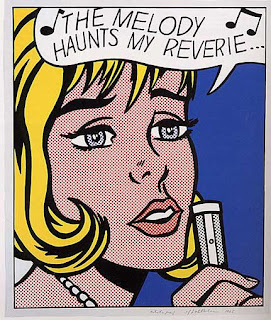 When the brain goes into gear, it leaps from link to link and the current exhibition at the Housatonic is a wonderful artist by the name of Frank Warren and his exhibit "Postsecret" about the innermost secrets of people. I just love the one below. It could have been my secret. 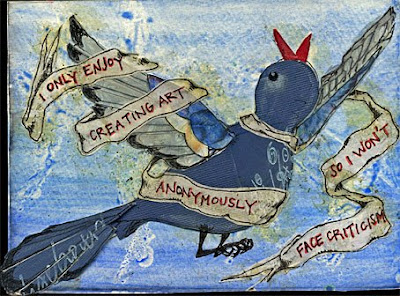 Now about those muses. There are nine of them. You would think at least one would show up on the doorstep, but Apollo may have been keeping them busy. Even Shakespeare could mourn their desertion:

O for a Muse of fire, that would ascend
The brightest heaven of invention,
A kingdom for a stage, princes to act
And monarchs to behold the swelling scene!

So if yours is on vacation or sleeping just assume they are off cavorting with some Greek God and hit Google until you get a good idea on your own.
Posted by Durward Discussion at 2:44 PM

Good Morning... already I need a nap... I have gotten side tracked a lot lately. Start doing one thing and end up Christmas shopping. Oh dear...

Guess I shall have to figure out where this particular museum is located and go take some pictures at some point. Amanda might enjoy an art show and might even get some inspiration at the same time!

There are times when a google search on one word or phrase keeps me busy hopping from thing to thing for hours. It may not be very productive, but it sure can be fun!