Take This Tune - The Likes of Gilbert Roland

This week's Take This Tune is Guy Clark's "South Coast of Texas" with its story of the many cultures of South Texas from the French Creole, Mexican, and Texan hard working families that ring the gulf of Mexico now giving way to the gentrification of tourists but still hanging on to a proud way of life that requires the "dignity of whooping cranes and the likes of Gilbert Roland".  This set me off on one of my "follow that link" manias and this time lucky people, you get to tag along.  If you have a story of your own, please join in by clicking on the Take This Tune link above.

The first time I heard "The South Coast of Texas", my first thought was that I knew exactly what the words "the likes of Gilbert Roland" meant, but the second was "does anyone still remember Gilbert Roland".  My memory immediately took me to the movie "Beneath the 12 Mile Reef" where he played a Greek deep sea sponge diver.  It was only the 3rd movie made in Cinemascope so the underwater scenes on the huge screen made up for any weaknesses in the script loosely based on Romeo and Juliet.


Gilbert Roland (Luis Antonio Dámaso de Alonso - December 11, 1905 – May 15, 1994) was one of the great Mexican leading men.  Though often cast as just about every swarthy ethnicity imaginable, he was one of the forces to gain both roles and respect for Mexican actors even while logging in time in roles often filled with cliches such as the Cisco Kid and Zorro.  His career spanned  from the silent era through to the early 1980s.  The coming of sound had not ended it, he had played in all kinds of movies, he had held the most beautiful women in his arms, and maybe the most important thing, he had been given the opportunity to show his acting talents. 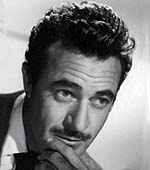 Gilbert Roland and Ricardo Montalban among others were the spearheads that have made it possible for actors who followed them to play roles that were not caricatures of Mexicans but to give them a reality and dignity without prejudice. 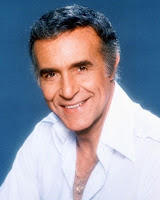 Despite their campaigns on behalf of Mexican actors, both Roland and Montalban made one of their last major motion pictures together as Native Americans in John Ford's Cheyenne Autumn, a true story of the 1878 campaign of chiefs Little Wolf  (Ricardo Montalban) and Dull Knife (Gilbert Roland) who lead over three hundred starved and weary Cheyenne from their reservation in the Oklahoma territory to their home in Wyoming.  During the journey, they managed to elude the U.S. cavalry units which were trying to capture them. The two groups split up after reaching Nebraska, and while Dull Knife's party was eventually forced to surrender near Fort Robinson, Little Wolf's group made their way to Montana where there were finally allowed to remain.


This confluence of Mexican Actors striving for acceptance playing American Indians in a John Ford movie about driving tribes to the reservation.  Just to top it off the Indians may or may not have been speaking Navajo instead of Cheyenne per a story told in Tony Hillerman's Sacred Clowns.


Tony Hillerman - Sacred Clowns - Jim Chee, a Navajo tribal policeman, and his girlfriend Janet Pete (half Navajo, half white) take a Cheyenne law enforcement officer to see the movie at a drive-in on the Navajo reservation. They explain why the Navajo audience enjoys the film so much and finds it so hilarious by revealing to him that much of the supposedly "Cheyenne"-language dialog is actually in Navajo, and actually says things, mostly ribald or obscene, that have nothing to do with the scene supposedly being played in the movie.  So if you happen to know anyone who speaks Navaho, invite them over for a movie night and get them to explain the jokes.


As we are all well aware, the Gulf of Mexico has taken quite a beating in the past few years from Katrina to the BP oil spill.  It would seem that the damage may take decades to repair and in the meantime, the recovery of the fishing and the way of life for "Shrimpers and their ladies" may never be the same.  You might want to make the trip to "The Coast of Campeche" while something of its magic still remains.


Posted by Durward Discussion at 12:01 AM

Oh! Thank you for highlighting these gentlemen. Dreamy and talented and brave trailblazers.
You always teach me something!

I so enjoyed reading this post. Going to brush up on my Navajo...

What a fantastic trip you take us on! I remember Gilbert Roland, and of course Ricardo Montalban.

I'm glad we got to follow you through your link hopping!