Mo assigned variations on the word "Branch". I could do branches on the family tree, but that goes into the next genealogy article. I could do "Bourbon and Branch" but I'll save that for the Kentucky Derby. There is my bank branch but I'm mad at them. They insist on my having money before I'm allowed to spend it. Politics seems to be heavily in the news, so let's go with the branches of government.

By virtue of the Constitution of the United States, the powers of our federal government are divided into three separate and equal branches: legislative, executive, and judicial. They each have special responsibilities concerning laws and the principles that govern our nation. No one branch is to dominate the others.

The protection provided by the three branches prevents a dictatorship from developing. For this reason, the American public will often place the executive branch in the hands of one political party and the legislative branch in the hands of another while the Supreme court moves much more slowly left or right because of the life long appointments. Too often we forget that this delicate balance between the branches is what prevents this country from falling apart. When one of the branches becomes too overloaded, the whole tree can crack.

In 1945 there was a wonderful documentary and song that won the Oscar. Despite the fact that the ten minute short it was from is very dated and colored by the attitudes of the WW II era, the message it delivers is not dated. Plus listening to Frank Sinatra sing both a love song and the title song is hardly punishment if you want to click on the link. The House I Live In Congress: Senate (100 members) and the House of Representatives (435 members)

Carries Out (Executes) Laws
Signs into law or vetoes (rejects) bills passed by Congress
Commands the armed forces
Appoints judges, ambassadors, and other federal officials
Makes treaties with other countries
Receives diplomats from other countries
Represents the U.S. at special ceremonies 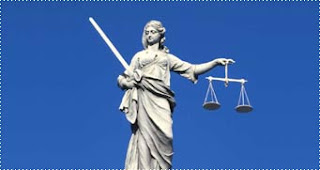 The Supreme Court (9 justices) and the Lower federal courts

Posted by Durward Discussion at 10:25 AM

you covered many branches! I would like to know what the "bourbon and branch" is though. I've never heard of that.

Bourbon and "Branch water". A branch is a small tributary of a larger stream and the water is supposed to be purer after running over lots of rocks. Now purified water is used.

Anyway it is the base for mint juleps which are served at the Kentucky Derby. The perfect recipe can be found Here

Jamie, great post and I loved the Youtube vid with Frank. Wow, he was so young. Time marches on very rapidly :)

Very educational especially when combined with a meme.

I did my first Manic Monday today.

Wow.. you did a lot of work on this! Blue Eyes was soooo young in that video!

Thanks for expanding my brain.

I thought about doing this topic and am glad I didn't because your post is much better!

C-Span, could not have done it better.

Excellent and educational! This would be great for schools!