She Walks In Beauty

Today seems like a good day to concentrate on beauty. 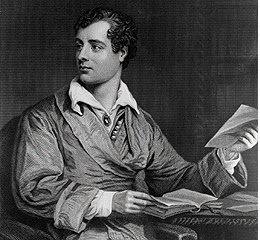 
Every once in a while the brain goes into "stream of consciousness" overdrive. Todays came as a result of this being the anniversary of the death of George Gordon, Lord Byron. Now this led to thinking about "She Walks In Beauty", one of his more famous poems shown below. So how do you get from there to 1950s television, graphic depictions of a surgery, and an example of the advances in medicine while encouraging someone to read poetry and check out some fairly salacious history? Why you live through the 1950s that's how.

One of the first of the TV medical dramas was Medic starring Richard Boone who later went on to play Paladin in Have Gun Will Travel. For the time, Medic was unique in that they regularly used films of actual surgeries inserted into the dramatic action. One episode was called "She Walks In Beauty" about a girl born with a club foot and it showed the actual surgery. The closing scene was the young girl walking down a staircase to go to a dance while a voice over recited the poem "She Walks In Beauty". 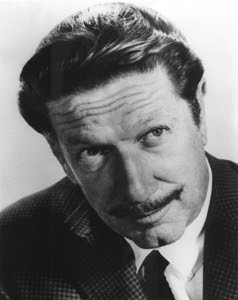 Now this brings us back full circle to Lord Bryon who was born with a club foot that at the time could not be corrected. Despite this birth defect and his sensitivity about his lameness, the very handsome young man carried on a rather scandalous series of love affairs with both sexes, one of which was rumored to have been his half sister Augusta Leigh. If your taste in books runs to the bodice rippers and rambunctious historical fiction, the life of Byron is much more fascinating and absolutely true.

She walks in beauty, like the night
Of cloudless climes and starry skies;
And all that's best of dark and bright
Meet in her aspect and her eyes:
Thus mellow'd to that tender light
Which heaven to gaudy day denies.

One shade the more, one ray the less,
Had half impair'd the nameless grace
Which waves in every raven tress,
Or softly lightens o'er her face;
Where thoughts serenely sweet express
How pure, how dear their dwelling-place.

And on that cheek, and o'er that brow,
So soft, so calm, yet eloquent,
The smiles that win, the tints that glow,
But tell of days in goodness spent,
A mind at peace with all below,
A heart whose love is innocent!
Posted by Durward Discussion at 6:28 PM

This is my educational stop each day. I have learned so much. Didn't know this either. Have a great weekend. Off to the boat :)

How i would love somebody to write something like that about me. I have been a bodice ripper fan for many a year!

I feel informed and dreamy now.

I really enjoy that poem.

You are on my sidebar now....well in just a minute. I LOVE your posts!