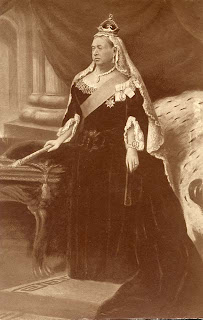 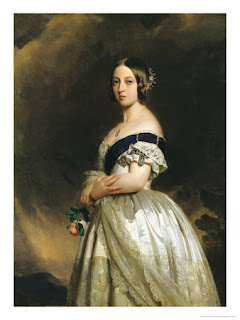 Today is the anniversary of the death in 1901 of Great Britain's longest reigning monarch: Queen Victoria. Born in in 1819, she began her reign in 1837 and served her nation for almost 64 years. Others sometimes minimize the role of the monarchy in the actual running of Britain, but only because they minimize the importance of tradition, a long view of history, and moral authority in relation to the government that has history on its side. Britain seems to have been unusually blessed in it's great queens even more than its kings.

If you go on line to Google Victoria there are only about eight million references. I've linked two of these above. The number of books, plays and motion pictures about her reign, her associates, developments while she was on the throne, and major historical events are too numerous to count.

Throughout her life she was assisted by some of the most able men of the age in both her personal and public life. Of deepest importance was the vision and dedication of her husband Prince Albert who was lost too soon and mourned for the remainder of her life. In her public life two giants, William Gladstone and Benjamin Disraeli, warred for power and her attention and are now covered together in a new book: The Lion and The Unicorn which takes it's title from a nursery rhyme.

The Lion and the Unicorn

These two men so vastly different in background and personality between them managed to create the British Empire that had maps of the world covered pink until well after WW II. Even today the residual of the Victorian Age is felt in the worldwide forms of language and government, though the Empire itself has passed away. 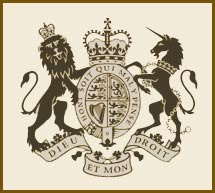 Posted by Durward Discussion at 7:43 AM

interesting bit of history! and I had never heard that nursery rhyme before.

I'd never heard that nursery rhyme either but it seems very appropriate for the two gentlemen in question. I think that most people forget what influence the British Empire had on all of the world, it was quite the powerful nation at one point.

Queen Victoria is quite the fascinating study.

And even today, don't mess with the UK's claim to the sheep rich Falkland Islands!! Cheers Jamie!!