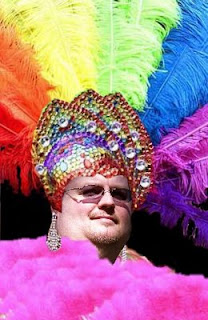 The Milkmaids, Lords, Ladies,and all the musicians have gathered together in the great hall for the masked ball. The guests have helped to remove the Christmas decorations. The gold rings and other jewelry are sparkling and unfortunately for them, the birds are roasting on a spit somewhere. It is the 12th night of Christmastide. The great cake has been served and the bean and pea have been found to select the King and Queen of the revels. Let the dancing begin, because honey it is time to PARTY!!

Twelfth night was a time of revels, disguise, pagentry, and performance. Plays were written just for this one evening. Even Shakespeare got into the act in 1601 with "Twelfth Night" a comedy of accident and errors with lots of ribald tongue-in-cheek jokes when you consider that a boy actor is pretending to be a girl who is pretending to be a boy while falling in love with a man who has fallen in love with a neighbor lady who has her eye on the girl/boy/girl until a brother believed to be drowned pops up to add to the confusion ... it is one hilarious tangle of a play.

I am all the daughters of my father's house, And all the brothers too.
(Twelfth Night, 2. 4 )

During the 18th century, it was considered one of the best times to get married with a wedding on Epiphany (January 6) with the revels the night before since guests normally stayed over due to travel distances. If you happen to bump into George and Martha Washington or Thomas and Martha Jefferson do wish them a happy anniversary.

Prior to her marriage to George, Martha Dandridge Custis was one of the wealthiest women in America and renowned as a hostess. As a widow with an independent fortune, she was quite a catch for George. One of her creations was the great cake for 12th Night. Once she married him she not only had one of the best dancers in the colonies at her disposal but he gave her access to the largest distillery in America, so you know the Wassail and punch bowls were spiked. 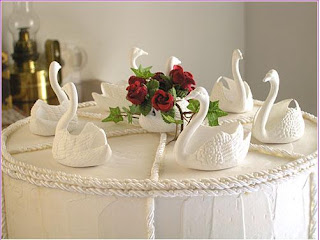 Original Recipe
"Take 40 eggs and divide the whites from the yolks and beat them to a froth. Then work 4 pounds of butter to a cream and put the whites of eggs to it, a Spoon full at a time till it is well work'd. Then put in the Youlks [sic] of eggs and 5 pounds of flower [sic] add 5 pounds of fruit. Add to it half an ounce of mace and nutmeg, half a point [sic] of win [sic] and some frensh [sic] brandy. Two hours will bake it. "

Since Mrs. Washington would have used anything that was seasonable or available dried, and since nuts were considered a fruit, for this adapted version use the following:

After fruit is added, add ground mace and nutmeg, wine and brandy. You can use cream sherry and other sorts of wine. Madeira, one of George Washington's favorites, would certainly be an appropriate choice. Lightly grease and flour a 10-inch springform cake pan. Put batter into pan and place in oven. Bake for about 75 minutes. When done, remove cake from oven and cool.

18th-Century Icing Recipe
Taken from one of Martha Washington's cookbooks

"Take two pound of double refin'd Sugar, beat and sift it very fine, and likewise beat and sift a little Starch and mix with it, then beat six Whites of Eggs to Froth, and put to it some Gum-Water. The Gum must be steep'd in Orange-flower-water, then mix and beat all these together two Hours, and put on your Cake: when it is baked, set it in the Oven again to harden a quarter of a Hour, take great care it is not discolour'd. When it is drawn, ice it over the Top and Sides, take two pound of double refin'd Sugar beat and sifted, and the Whites of three Eggs beat to a Froth, with three or four Spoonfuls of Orange-flower-water, and three Grains of Musk and Amber-grease together: put all these in a Stone Mortar, and beat these till it is as white as Snow, and with a Brush or Bundle of Feathers, spread it all over the Cake, and put it in the Oven to dry; but take Care the Oven does not discolor it. When it is cold paper it and it will keep good five or six weeks."

Directions: Beat until the icing is stiff enough to stay parted when cut through with a knife. Smooth it onto the top and sides of a cake. Let it dry and harden in a 200-degree oven for 1 hour. (Note: Icing will be brittle and will shatter when you cut into the cake. Don't be surprised when this happens

For a description of Christmastide and 12th Night festivities and locations in America where they are still celebrated, you can visit HERE.

The other great party tradition is the Wasail Bowl. For the recipe and traditions, turn HERE, and some more 12th night party ideas and traditions are HERE. You may want to schedule one of your own next year. 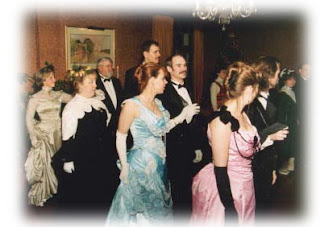 Hugh Jackman - For One Night Only

Once More Before I Go

Posted by Durward Discussion at 7:21 PM

That was a great post - and a fabulous clip from the Tonys. Is Hugh Jackman the perfect man, or what? Well, he would be if I were waking up next to him, but I digress...

I'll have to whip up a costume for your Twelfth Night festivities!
ciao for now,
mo

Hugh Jackman is tremendously talented. I didn't have any idea until the first time I saw him on the Tony Awards telecast.

Happy Epiphany Jamie. Great post as always, and as per your request from Friday, I read this post completely nekkid. Cheers!!

Well you could have left a picture!!

Well I spent 12th Night being quite ill so I guess it's good that there were no costumed balls or anything in my plans as I would have missed them completely. Maybe next year?

Thanks again for Hugh Jackman, he made me feel much better!

Just call if you need more dancing boys to brighten your scenery.