When you say "Big Red" around anyone who loves horse racing, you are almost always talking about one of two horses: Man O War or Secretariat. They were both glorious Chestnut in color and the instant you looked at either one, you knew you were looking at a champion.

Even though I was only three at the time, I can remember hearing my father mention Man O War when he died in 1947, but by that time his racing days had been over for over 25 years and of course I never saw him run.

I was fortunate enough to see Secretariat run twice. The films below show him winning the three legs of the triple crown in 1973, and you can get a small feel of just how magnificent he was. What you can't see is the horse that really didn't like to go in the gate. He often hung at the back of the pack and right when you thought he might have waited to long, the horse exploded!!!.

There is no way to express what it was like to be on your feet screaming as Big Red made his move. It was almost as if all the other horses put on the brakes to let him run by in the fast lane, and wherever he was was the fast lane. People were often literally crying.

Which horse was "the greatest" there is no way of knowing, but there is a fantasy race of the greatest Hall of Fame horses up to the time it was written and well worth your time to read it. Here is the list with their jockeys. 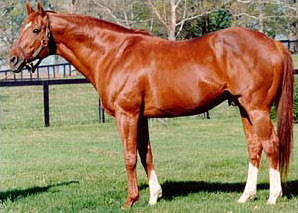 
And Finally ... The Belmont

Posted by Durward Discussion at 7:57 AM

That is amazing video. I always liked Seattle Slew as a kid. It's amazing that the 70's had 4 triple Crown winners and we haven't seen another one since.

What a magnificent and amazing animal. I bet it gave you goosebumps when you saw those two races!

I watch all three races althoug I'm not a big horserace fan, but these races are always exciting...Cheers Jamie

Arguably the finest race horse in the history of the sport. And certainly one of the finest athletes of the 20th century.

I'd forgotten these races. My mom was really into horse racing and we watched all three.

Thanks for the memory.