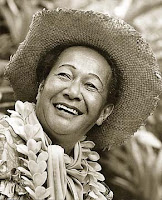 This is the anniversary of the day in 1959 when the territory of Hawaii was admitted to the union as a state. The whole story behind that admission is complicated and still open to controversy even after all these years. There are any number of books to read: fiction and non fiction, and almost everyone has read Michener's "Hawaii" and James Jones' "From Here To Eternity" both of which while excellent are a picture of the Hawaii of more than 50 years ago.

For me the day is also memories of a time more than 50 years ago. The Big band era might have been dying in the 1950s, but it was alive and well on TV with Harry Owens and his Royal Hawaiians featuring Hilo Hattie (Clara Haili).

The stereotypical seductive allure of South Sea Islands women has been part of the Polynesian mystique since the voyages of Captain Cook. But Clara Haili captured the hearts of millions portraying a very different type of island wahine -- everybody's kolohe, or rascal auntie, Hilo Hattie. She was hilarious and the combination of the romantic Owens music such as the Oscar winning, "Sweet Leilani", his signature song, written upon the birth of his first child and the comedy of Hattie doing "When Hilo Hattie Does the Hilo Hop" made for a great show so vibrant that the black and white image still made you see the colors of the islands.

Harry Owens came to the islands to lead the orchestra at the Royal Hawaiian Hotel in 1934. He met several knowledgeable native Hawaiians and learned a great deal about their culture, embraced it as his own, and transcribed many ancient and 20th century Hawaiian songs which had never been written down before, much less orchestrated. He became a proponent of the Hapa Haole Song.

This early TV image was so strong that while my daughter's name was the made up compromise of Lanisa, we have always called her Lani and I always think of Sweet Lei Lani when I say it.


And of course, I have never forgotten how to say:
"WHERE THE HUMUHUMUNUKUNUKUAPUAA GOES SWIMMING BY

For those who want just the facts

It consists mainly of the Hawaiian Islands, an archipelago near the geographic center of the North Pacific Ocean, and other islets unrelated geographically to the archipelago; in all, the state comprises 8 main islands and more than 120 islets, reefs, and shoals. The major islands in order of size are Hawaii, Maui, Oahu, Kauai, Molokai, Lanai, Niihau, and Kahoolawe.

Hawaii entered the Union on Aug. 21, 1959, as the 50th state. Hawaii's economy was long dominated by plantation agriculture and military spending. As agriculture has declined in importance, tourism has become the dominant economic sector. The name of the state is taken from the island of Hawaii and is a Polynesian word or name of unknown meaning. In the 19th century the name was extended to the entire archipelago.

Hawaii is called the Aloha State.

MOTTO:
Ua mau ke ea o ka aina i ka pono (The life of the land is perpetuated in righteousness) 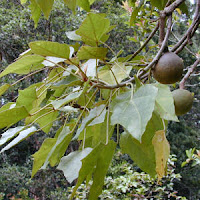 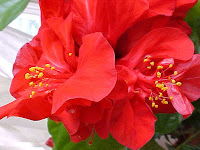 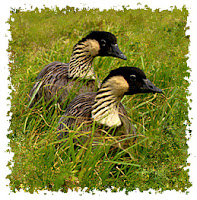 Posted by Durward Discussion at 5:10 AM

I'd like to visit Hawaii one of these days just to see the landscape but I rather doubt I would like the overload of tourists. I'm not big on crowds or tourists and tend to stay away from places that draw them.

My brief visit to Hawaii was dominated by tours of Pearl Harbor and other historic military sites on the big island.

I did not fall in love with it, mostly because of the climate. I'm glad I went, and I did learn some of the history. But once was enough.