Previously I've mentioned that I have this affliction of an absolutely insane curiosity about almost everything. If I were a cat, all nine lives would have been exhausted by the time I was 12. As it is this lust for the often esoteric and useless gave me a 40 year career and victory many times over at trivial pursuit.

Unfortunately, I've now had to come to terms with the fact that there are simply too many books, too much music, and Hollywood keeps pumping out movies while Broadway keeps filling the stage. Then there is the problem of all the places waiting to be seen that I will never see even in travelogues. Long after I am gone, scientists will make discoveries, philosophers will view with alarm, politicians will point with pride, and Lord knows more and more bloggers will keep pontificating on more and more blogs. Already technology has almost passed me by since the whole concept of the necessity for an I-Phone is a complete mystery. Expansion in that direction for me stopped at cell phone (without texting) and the almost never used TiVo simply because all of the too many everythings have come crashing against too little time.

Once you become resigned to getting more and more ignorant by the minute, then you can relax and just chase down whatever bit of mystery you might find attractive. Should you need it, here are some of my favorite hunting grounds.

I rarely watch The Simpsons, but without The Word Detective "embiggens" and "cromulent" would still be a mystery. Your friends will insist on forwarding email to you with the latest dire warning, plea for assistance, or political excess. Please do not forward any of this deluge without checking first with Snopes to separate facts from urban legends.

The unfamiliar foreign phrase can usually be figured out at Babel Fish., and there are a whole slew of regularly useful sites of general information that most people already know but just in case: Area Codes, Zip Codes, Exchange Rates, Dictionary and Thesaurus, Time Zones for Major Cities of the World, and the easy starting place of research on line Wikipedia.

For the financially inclined there are the Dow Jones, Nikkei (Japan), FTSE (Great Britain), and the CAC (France) and if you like sports, just drop on by Baseball Scores and Baseball Standings. You wouldn't want to miss the Basketball Scores or the Football Scores

That will do for now. If you have a particular "Where Do I Find" question, let me know and I'll try to chase it down for you. Next time we will tackle history, genealogy, music, books, and politics. 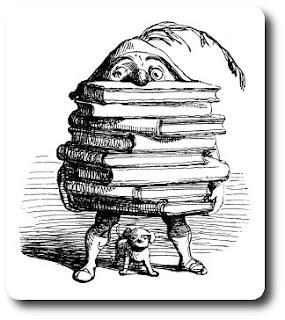 Posted by Durward Discussion at 11:17 AM

Yup...too many books and too many plays...

I haven't even begun to travel yet.

The books in the "to read" category just keep piling up on my living room floor...

I can't keep up with everything I want to watch on HBO.... Comcast called the other day and offered us a deal.... for not much more money we can get our phone service(with unlimited long distance calling), increase our internet speed, and now get Showtime, Starz, CinneMax, every other conceivable movie channel and NFL ticket....

oh.... and thanks for the link to the baseball standings..... I found out the Red Sox have increased their lead over the Yankees....... YES!

If all you have is a computer you can watch a play by play report on all baseball games in progress in the country on the "baseball scores" site.

It's all at once entirely humbling and disconcerting.

It also makes me want to run and jump all over the horizon and take it all in.

I've missed you and other C-Listers the last few days. I am back in the swing of things at work, and havent had the time to C-list. Having said that.....I couldnt agree more with Rebellious R....It is a great post because it kind of expresses the way i feel about politics at this moment----and I am sure i will change my mind again very soon----there's just too much going on for me to take it all in. If I am going to be bewildered, I would much rather be dazzled than upset....meaning i think finding out about all the new music and new movies is far better than finding out about all the terrible things that I can change.....simply put, I am blissfully ignorant right now, and really----is that so bad?

There was a point in history when it was actually possible to know everything there was to know with plenty of room left over for superstition and ignorance.

Now it is impossible to even know everything about a single subject in which you might be interested so people carve out specialties and genres within subjects.

That is simply way too much work, so I've opted for being a generalist knowing a little bit about everything if only to know what questions to ask should I run into an expert.